This work gathers my immersion in the world of mysticism and philosophy through a personal oneiric work. For years, upon awakening I was seduced by the residual sensations and images of the dreams experienced during the night. With the hurry and the stupor of awakening, I struggled to write down in notebooks everything that could be of interest and then continue spinning in creative process into some new photographs. Over the course of two years I filled half a dozen of these booklets and from those I began to create a series of images that I called Rael. This word always seemed to be in the background of the dreams and it was the sound that encompassed everything when I woke up, real, Israel … root … RAEL … I searched the net and in encyclopedias: a rare Swiss sect and little else … Another concern was gathering the texts and elements that allowed me to do the staging of these still lives.

In these photographs I oscillate between my tribute of the light painted the XVI century masters such as (Caravaggio, and Sanchez Cotán for example) and some blunt shots made with various objects such as books, roots and fruits that surrounded me in my studio on Regent’s Park Rd. in London. The photos raise topics such as monotheism and classical philosophy with texts by Plato and Epicurus. Fruits and roots are fused with the traditional prayers of Judaism, Christianity and Islam with the hope of transcending our ordinary world to a higher one and, perhaps, with the help of a divine and uncertain hand pointing in a more satisfactory direction than the current one in which humanity disintegrates. 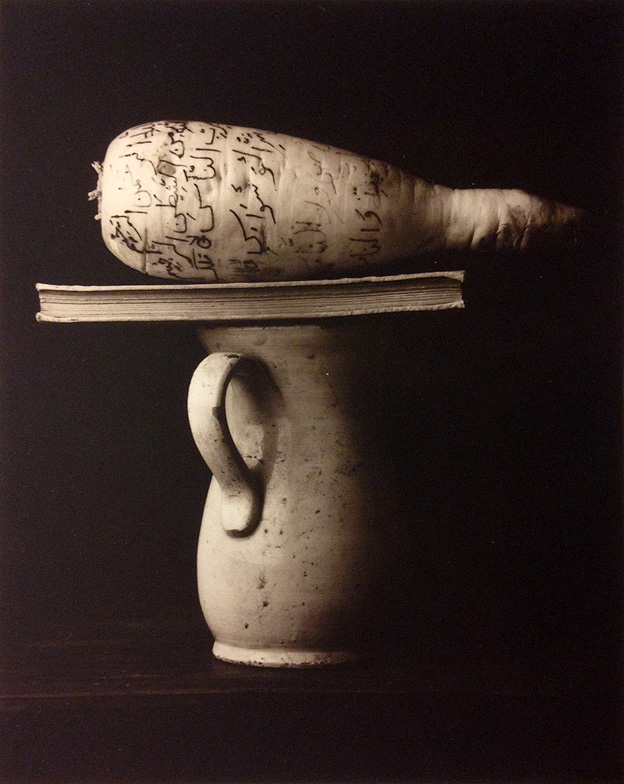 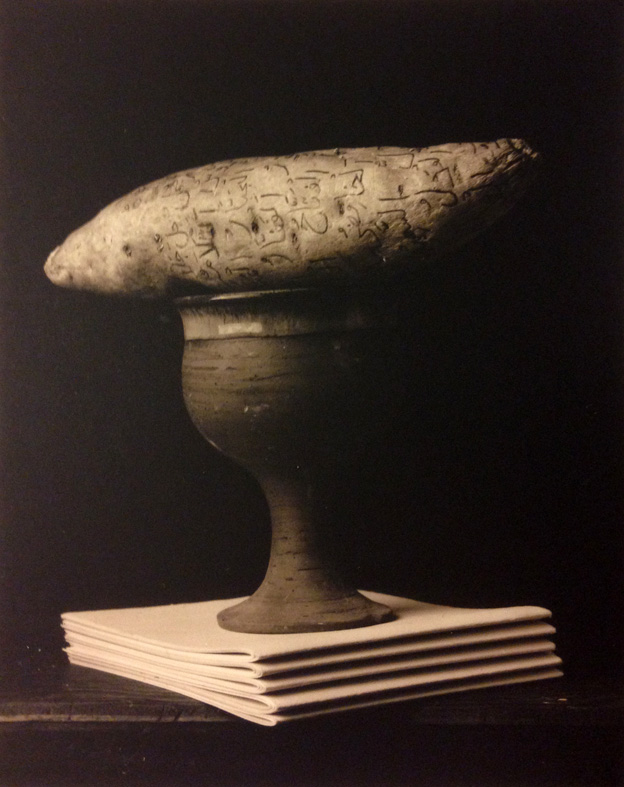 The images were taken under the rules of the art of traditional, analog and old-fashioned photography. Challenging the current practices of modern digital photography as a personal challenge reverting to the large analog format. The final result of this work leaves behind long laboratory weeks with the process of developing the original plates and the final print on barite paper. In addition, to give them an antique look, as the subject requires, the photographs have an additional sepia bath that also helps to preserve them. 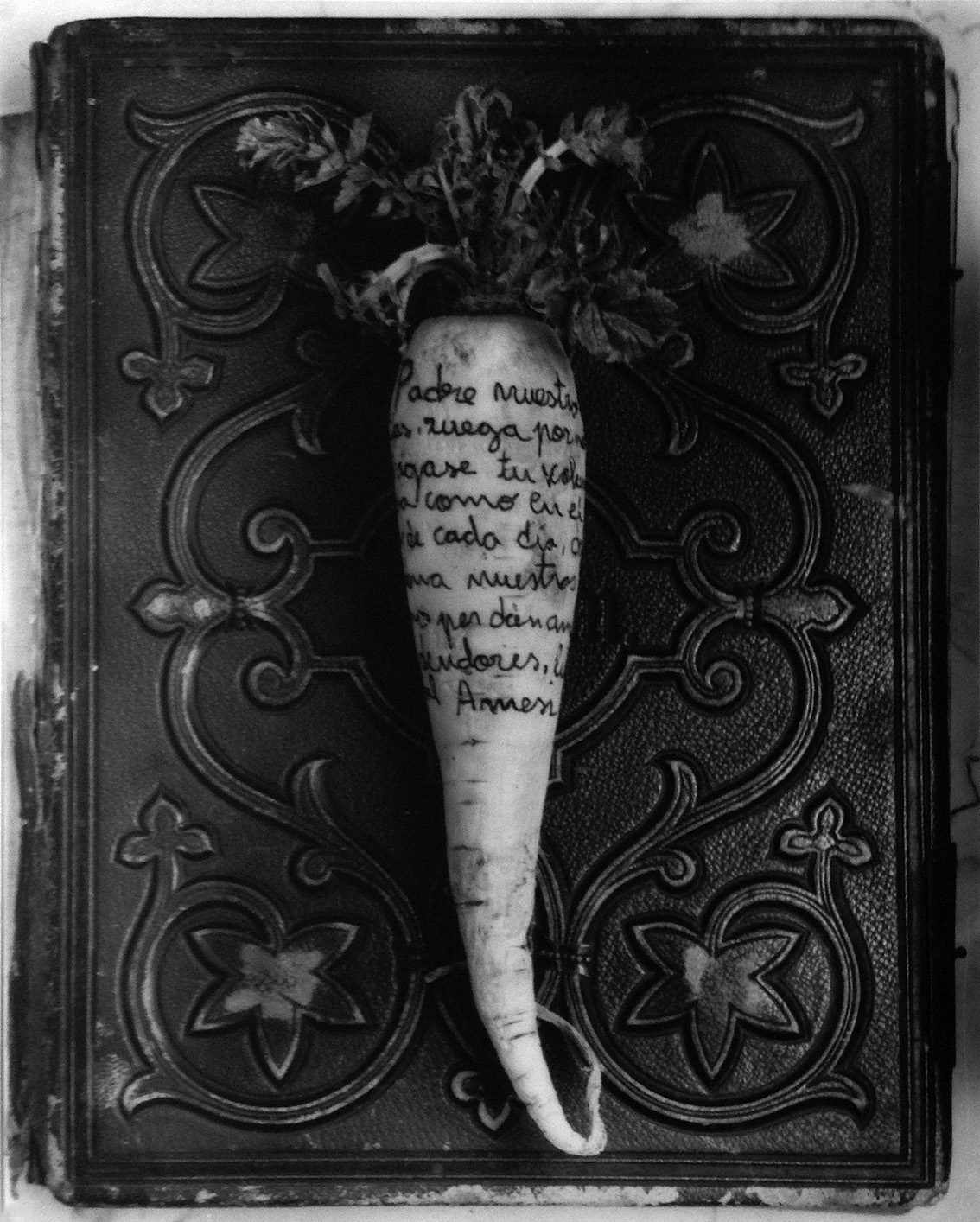 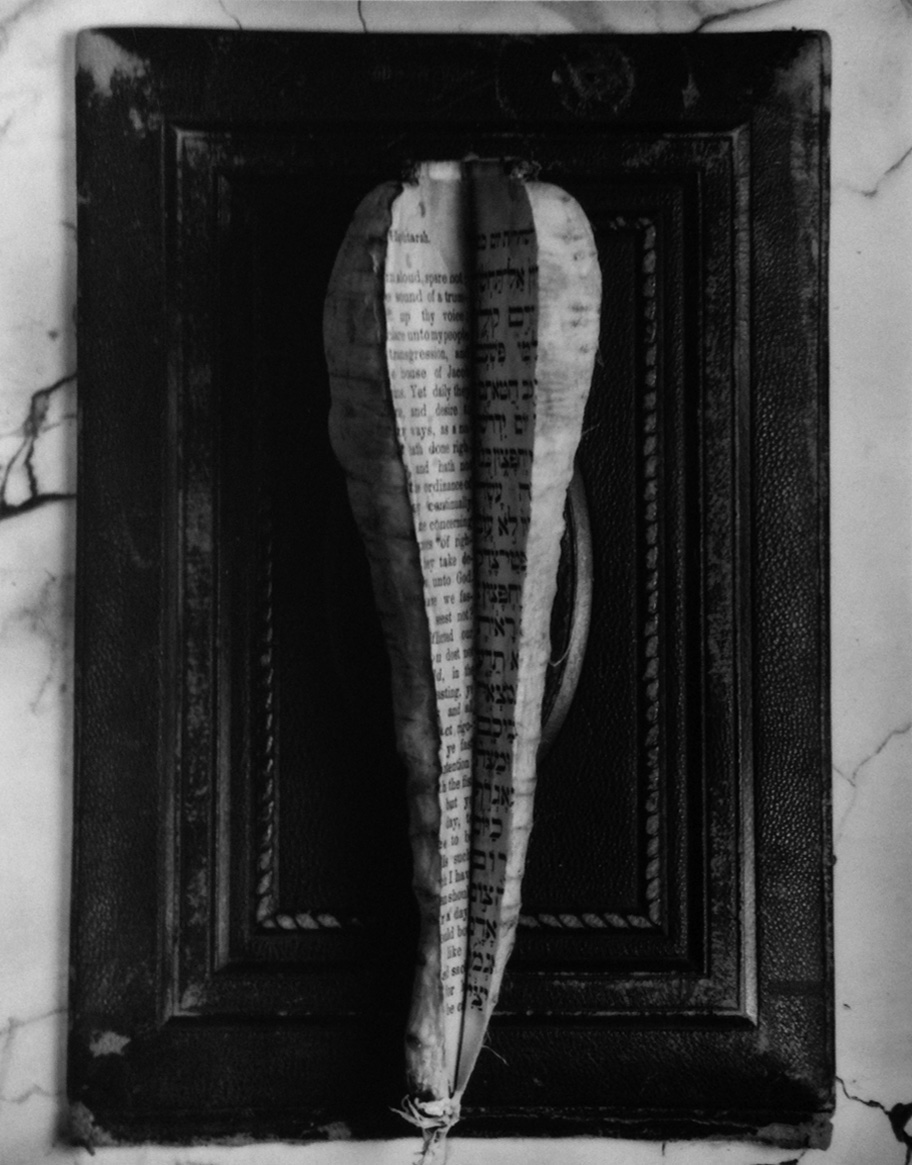