The threshold, like the sill, is a constituent element in the construction of an architectural space. Both, jambs and lintels are the basic elements allowing the voids in the walls to define access and openings resulting into doors and windows.

I use this space as an ante-space in which although it is an entrance and a passage both of light and of physical bodies through a non barrier, it is also a closure and protection of the interior space. If we transfer these concepts to our human bodies and minds, we appreciate that we are also equipped with orifices that act as barriers to the outside and containing the inside. In fact our body´s orifices act in a similar way to thresholds and openings. And, that the architectural space, in all its modalities, is similar to our bodies in terms of the variety of functions, i.e.; access to and from stimulus, nourishment, elimination of unwanted matters so forth.

The Weber / Fechner theory that gives rise to psychophysics reveals the concept that all functions of the human body can be defined as physical and chemical, and that the psyche is intimately related to the physical activities of the body. Also the concepts of relative measurement of pain threshold or cognitive capacity are other affections of the Threshold concept. But in this case, we focus on the threshold where one puts the foot before entering or leaving a space, not only architectural.

The space that concerns me is that of reflection on existence and transience. Each piece, as an icon, rune or tarot card, allows us to raise more transcendental issues as an unconventional oracle through the texts and marks applied to photographs. The photographic images of landscapes, woodlands and architectural elements are manipulated in pictorial additions to its original status. Architectural components are fitted creating new thresholds in which combinations and juxtapositions are intended to motivate the contemplation of the current state of our minds, a shoddy, anarchic, religious and atheist I-Ching at the same time. 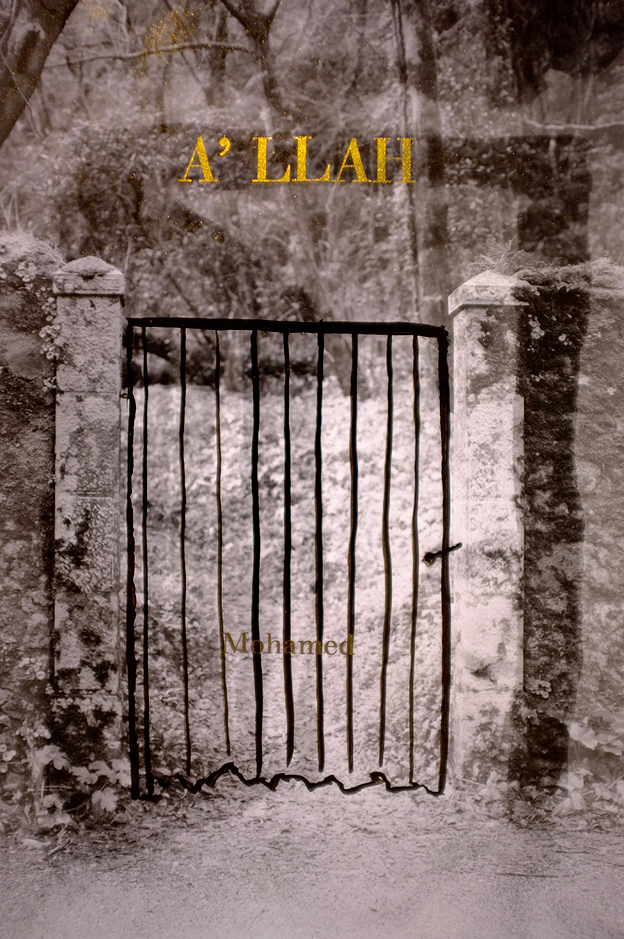 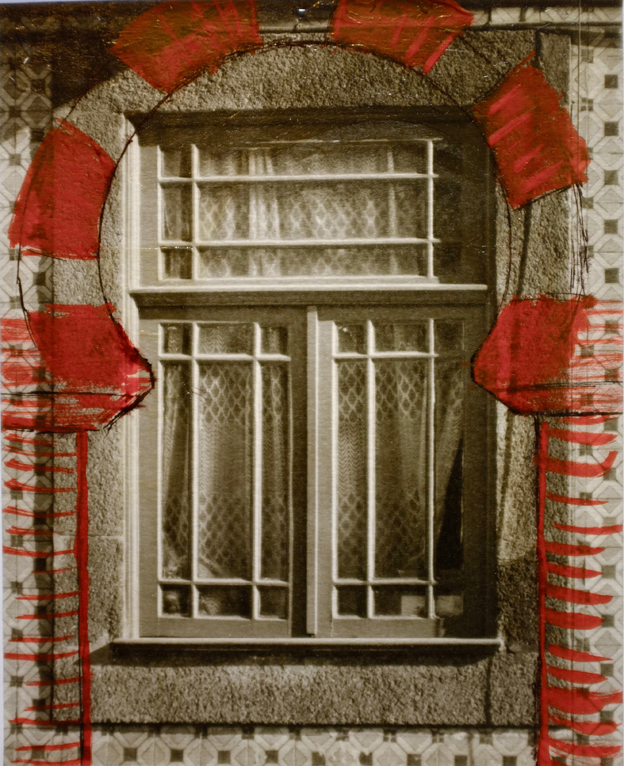 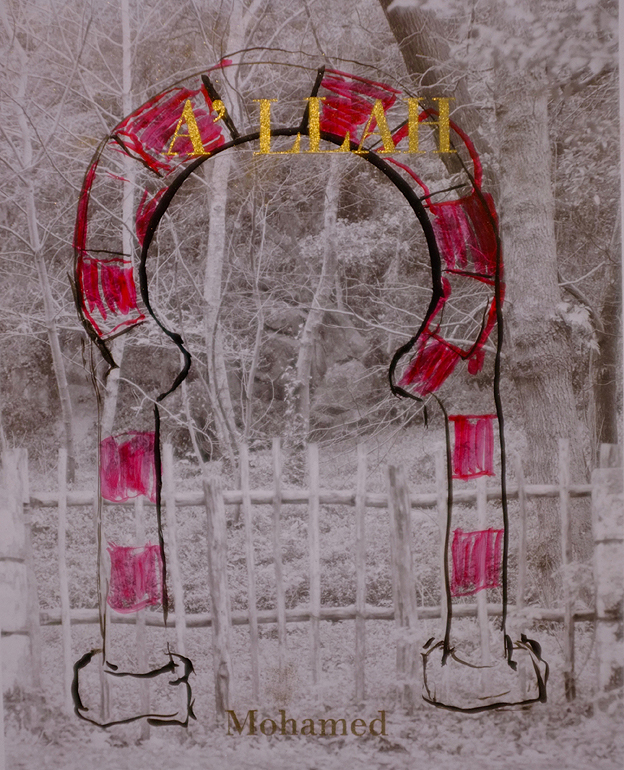